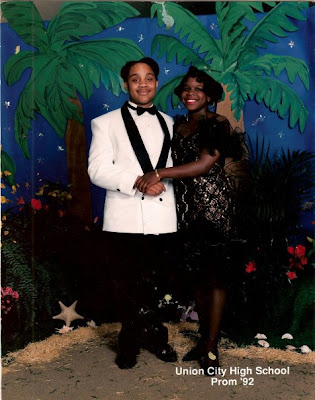 With all of this gay prom talk, I can't help but to think about the past.

I wished, I could've went with my true heart's desire.

The guy I was crushing hard for, went with another friend of mine. I secretly hated it, but I wanted him to have a fun prom.

Although we had a great time dancing and taking pictures, I couldn't help but to think about him. I wanted to have the last dance with him, holding him in front of everyone in the room. But I believed it could never happen. At the time, I thought 2 guys going to prom would NEVER be an option. It just seemed impossible or something in classroom daydreams.

Funny, I believed in superheroes and magical powers, but could not see the possibility of 2 guys going to prom together.

But if I had the chance, I would've risked everything to go to prom with my crush. Who wouldn't? I mean, it would've been so cool if my crush came to pick me up from my home, gave me flowers, took prom pictures and later tried to get some in the back seat.

Yeah, I would've given the world for that.
Posted by Wonder Man at 3:44 AM

Almost 20 years, and this issue is just really being pushed. Wow, change really is slow.
It was sad reading about your true prom wish... but like you, i didn't enjoy the prom either.

You are lucky. I did not even go to my prom. High school was horrible. I think I spent the entire four years in my room.

Which is why I've decided to eventually have a prom themed birthday party.

V, thanks for sharing that story.

I didn't go to the prom just for that reason. I couldn't have what I wanted and needed at the time, respect and an equal footing with everyone else. Didn't see the point.

I'm really happy that this issue is being addressed now(to some extent) and younger GLBTQs can at least have that dream and realize that it can come true.

I hear you V. I would have loved for Richie to have slow danced with me as they played Fire and Desire by Teena Marie and Rick James. Oh and trust me when I say I would have completely gave it up in the back seat!