Opponents in the Prop 8 Case: “There should not have been a trial.” 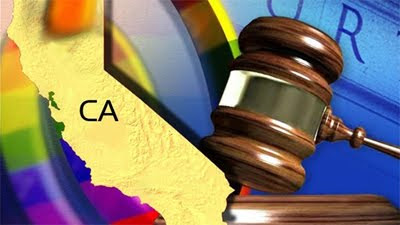 Already scared and in fear of a lost, the opponents in the Prop 8 case believe there were no reason for a trial.

They say Judge Vaughn R. Walker, the chief judge of the Federal District Court in San Francisco, made a serious mistake by calling for a trial in a challenge to California’s ban on same-sex marriage rather than deciding the case based on paper submissions.

“To think that somehow the rules of evidence can lead you to the right answer is just not right,” said Jordan W. Lorence, a lawyer with Alliance Defense Fund and a member of the trial team for the people and groups who intervened to defend the ban after state officials would not. “There should not have been a trial.”

Theodore B. Olson, who was solicitor general for President George W. Bush and now represents the plaintiffs challenging the ban, said he had a theory about the new objections.

“They’ve got to complain about something,” Mr. Olson said. “They think they’re going to lose.”

Very interesting. I wonder if the tables were turned, would the opponents feel the same way?

source
Posted by Wonder Man at 6:10 AM