Rundown: Gay Rights in the States 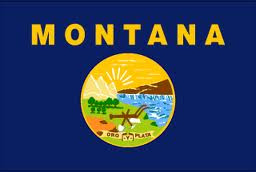 In Montana, attempt to overturn a Missoula city ordinance that protects gay folks from discrimination failed.


The Senate Local Government Committee passed House Bill 516 last week. But the bill was returned to the committee Tuesday and chairman Sen. Jon Sonju says it is doubtful the measure will go to the Senate floor.

Sonju says he moved the measure back to committee because it doesn't have the support of Senate leaders.

The proposal, carried by Republican Rep. Kristin Hansen, drew lengthy testimony during its hearings in the House and Senate.

Supporters said the bill would overturn an unconstitutional ordinance that infringes on the state's authority.

Opponents said the measure is targeted against the gay community and interferes with local governments' ability to govern.

In Colorado, the civil unions bill passes in Senate

Three Republicans joined all Democrats in supporting the measure Thursday following a second round of emotional debate.

More Republicans went to the podium to speak about the bill than they did Wednesday when only one party member voiced opposition. They emphasized their concerns that civil unions would undermine marriage and go against the wishes of voters. Voters rejected a domestic partnership referendum in 2006 and also banned gay marriage the same year.

Senate Bill 172 would grant same-sex couples several rights similar to married couples, including the ability to be involved in their partner's medical decisions and it would enhance inheritance rights.
The bill now heads to the House.