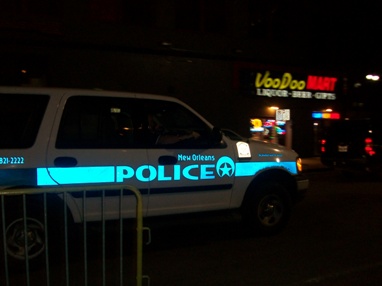 
The Washington Post reports on a 10-month analysis by the Department of Justice, indicating that the police had singled out gay and lesbian residents for unjustified stops, arrests, and harassment.

Additionally, the analysis showed 500 African-American males older than age 17 were arrested in 2009 while only eight white males were arrested during the year. In the 27 instances in which an officer intentionally fired a weapon at sometime, all 27 individuals were black.

Justice officials said in a press conference Friday that they would work with the city to help change the police department, which has been in decline since the aftermath of Hurricane Katrina.

“My colleagues and I are not naive about the enormity of the task that lies ahead,” said the DOJ's Thomas E. Perez. “But we at the Justice Department have been heartened by the dedication to sustainable change we have seen throughout the city.”

Mayor Mitch Landrieu vows to fix this major problem in New Orleans. I wish them the best of luck and some great diversity trainers.
Posted by Wonder Man at 7:11 AM

These statistics are shocking.