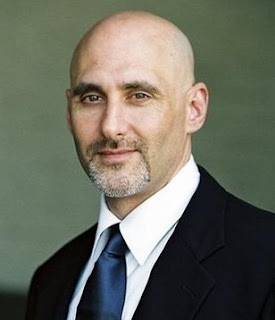 In LA Times, Jeff Robinov talks about his job, but he also spills the tea on the future of DC Comics in films.

His most immediate hurdle is filling the void that will be left this summer when the multibillion-dollar "Harry Potter" series shepherded by Horn ends. Robinov is betting on DC Comics characters to take center stage starting in June with the $200-million-plus production "Green Lantern."

Many agree that Robinov's greatest strength is his willingness to take creative risks on ambitious movies — a rarity in a business that increasingly plays it safe. "I think what defines Warner Bros. is the filmmaker choices on our event movies," he said.

A JL movie? What would that look like? And who would put it together, hopefully not Zack Snyder.
Posted by Wonder Man at 3:09 AM

How well do you think Green Lantern will do in comparison to Thor or Captain America? And how do you do a JL movie when they can't even get a Wonder woman movie off the ground? You cant have a JL movie with no Wonder Woman.

In case I wasn't clear, I'd focus on a Wonder Woman movie before worrying about a JL movie.

I agree with WilsonW! Hopefully the WONDER WOMAN TV show will do well and we'll see Pallicki on the big screen too!