The 'Kill The Gays' Bill is Alive and Moving Forward 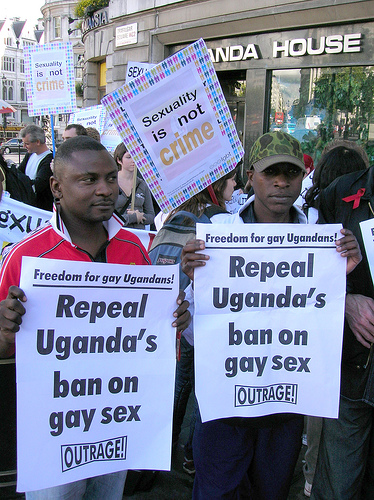 This damn bill just won't die! There were warnings before, but this looks legit. The anti-gay hate bill is heading to the House in Uganda.


The controversial Anti Homosexuality bill is one of several bills that Members of Parliament on the Legal and Parliamentary Affairs committee are set to debate when the House resumes business next week.

The bill, which has caused uproar from human rights activists and donors since it was tabled in Parliament in 2009, seeks to criminalize the act, with one of the controversial clauses calling for death penalty for those who are found guilty of aggravated homosexuality.

Speaking to the media at Parliament today, the committee chairman, Stephen Tashobya said though the bill has created both local and international concern, it is up to Parliament to pass the bill.

Tashobya says the committee will hold public hearings where stakeholders’ views will be heard and a report made to the House for debate and possible passing before Parliament closes the 8th Parliament.

Ndorwa West MP and mover of the bill, David Bahati welcomed the development and said he would continue to lobby Ugandans to support the bill, whose intention is to protect the Ugandan traditional family and children.

I hope the message the Obama team sent to UN get on this fast!