The New Faces of NAACP 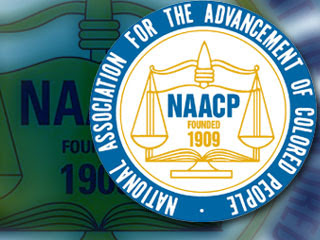 The NAACP is bringing a new look and feel to the game. More gay and diverse people are joining and gaining leadership positions.


"This is the new NAACP," said Clark University political science professor Ravi Perry, the new chapter president in Worcester. "This is a human rights organization, and we have an obligation to fight discrimination at all levels."

NAACP branches have been recruiting gays, immigrants and young people who grew up in a world far removed from the landmark 1954 Brown vs. Board of Education ruling that outlawed school segregation. Now, leadership positions that were once held only by blacks are being filled by members of other racial or ethnic groups.

The group does not keep track of numbers, but in recent years NAACP chapters in New Jersey, Connecticut and Georgia have elected Hispanics as president. A white man was picked to lead the chapter in Aiken, S.C. And two years ago, NAACP members in Hamtramck, Mich., a Detroit suburb, selected a Bangladeshi American to revive their long-dormant chapter.

"Some people mentioned that it wouldn't be possible for me to be president," said Victor Diaz, 32, a Dominican American who ran against an incumbent and was elected president of the Waterbury, Conn., branch in November. "But when I ran, I won 3 to 1."

Some worry that this new NAACP will move away from the classic Black issues. However, NAACP wants to end discrimination towards all people of color, so to be real, this is a natural changing of the tide.

source
Posted by Wonder Man at 1:10 AM

Email ThisBlogThis!Share to TwitterShare to FacebookShare to Pinterest
Labels: NAACP

I am so proud of them.

ALthough, I remember when I was in the 9th grade and the only black kid in my civics and econ class cause it was AP or honors....and the civics teacher asked what did the NAACP stand for and everyone looked at me....and he said WELL AUREEOLYN...WHAT DOES NAACP STAND FOR?

And it felt a little awkward that they just expected me to know cause i was the one black child....so I shrugged my shoulders. and he gave me a twisted turned up face and asked this young asian guy named Huang and he knew it.


I can not tell you how many times I was in that class and something of that nature would happen. Especially when we got into the civil rights movement. Ugh....not the greatest memories...and I was in the 9th grade in 2003-2004...i graduated high school in 2007.

We still have a long way to go before we reach any degree of racial equality. It makes sense that the NAACP is moving toward a position that will better allow it to work toward the goal of universal equality. I don't think they could ever forget the communities that helped to build the organization into what they are today.