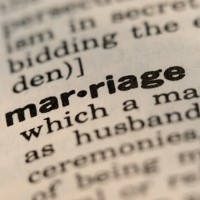 Indiana, come on! It's already known as one of the racist states in the US and now this?

The resolution now goes to the full Senate, where it has passed five times in the past.
The vote was along party lines, with Democrats against.

Indiana state law already limits marriage to between one man and one woman, but supporters want the language inserted into the state Constitution so judges can’t overturn the law in the future.

The second sentence effectively would ban legislators from enacting civil unions in the future.
If the resolution passes the Senate again, no other action is necessary this session because it already passed the House.

The General Assembly would need to approve the measure again in 2013 or 2014 before reaching a statewide ballot for Hoosiers to make the final decision in 2014.

Indiana, get with the times and get it together