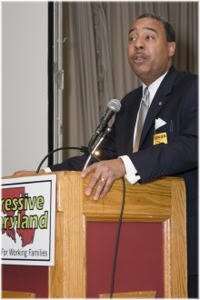 He's talking about House Bill 235, the Gender Identity Anti-Discrimination Act, a bill that will protect transgender people in housing, employment and credit in Maryland.


Today the Maryland House voted 86-52 to pass HB 235, the Gender Identity Anti-Discrimination Act, legislation that would end discrimination in employment, housing and credit for Transgender Marylanders.


A report put out in February 2011 by the National Gay and Lesbian Task Force and the National Center for Transgender Equality found that 1 in 5 transgender people in Maryland have lost a job due to discrimination and 12% have become homeless.

Advocates emphasize that this law is a matter of life-or-death for some Marylanders and call on supporters to help secure passage this year.

Equality Maryland, along with members of the House of Delegates, and the LGBT Caucus, celebrate this victory and acknowledge the work ahead.

This is great news to start the day!
Posted by Wonder Man at 10:39 AM