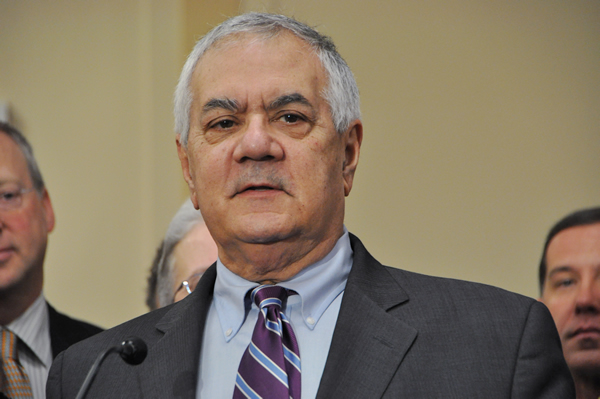 Word on the street is ENDA will on the table this week. Metro Weekly has the details:


Rep. Barney Frank (D-Mass.) plans to introduce the Employment Non-Discrimination Act in the House on Wednesday, according to two LGBT equality advocates with direct knowledge of the congressman's plans. Frank's communications director, Harry Gural, confirmed that the plans are "to formally announce ENDA this week," although he added over the weekend that specifics are not yet nailed down and were expected to be so by this afternoon.


The bill, which Gural says will be the same exact bill as that introduced in the 111th Congress, would prohibit most employers from discriminating in hiring and promotions on the basis of sexual orientation or gender identity.


Although the bill is not expected to move forward in the House under the leadership of Speaker John Boehner (R-Ohio), Frank, talking with Metro Weekly on Sunday, March 27, says, "It's an organizing tool. Obviously, with the Republicans in power, you're not going to get the bill even considered."

But, Frank -- the longest-serving out member of Congress -- says, "I'm going to be urging people to spend their time talking to those who have voted in the past for ENDA and are supportive of ENDA but where we're not certain they're still with us on the transgender issue."

Hopefully, they will add the Transgender piece in the bill. Our fam has to be represented!
Posted by Wonder Man at 10:55 AM