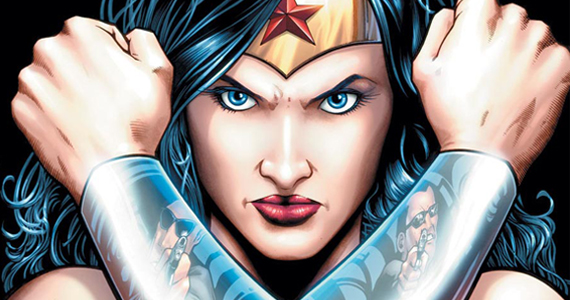 The New York Times' The Vulture interviewed David E. Kelley about his work and more importantly, Wonder Woman. Check out his view on the WW show


Speaking of inviting scrutiny: Wonder Woman. Why did you decide to take this on?
Well I first said no, for all the obvious reasons. It’s not really what I do; it’s not a genre that’s in my wheelhouse. But then I started thinking about, What if there were such a person in today’s world and what must it be like to be her? And I was imagining the sense of social isolation that she must feel, that she indeed would probably be a rather complicated beast. When I started thinking about all the complications and potential layers to this superhero, I just got more and more intrigued. It was also something I was a little bit afraid of. That’s good, too. Any writer should get out of his or her comfort zone, and this was way outside of mine.

So I took a deep breath and decided to go for it. I did not truthfully commit to doing it until I wrote the script. I was going to try writing it, and if I failed on my own terms, I would say no. If I thought, Yeah, this is something I believe in, then I’d turn it in. And it was something I ultimately did get behind. It was hard, but I had a good time writing it. And Warner Bros. and DC both responded very positively — and off we went.

Then you had to find your Wonder Woman.
It was not an easy search, but it went far quicker than I ever imagined. After writing this script, I remember looking at several people and going, "Yeah, now good luck trying to find her." She’s got to be strong, smart, emotionally accessible — and oh yeah, an Amazon! Good luck. I remember speaking to DC, and saying, "We may have to compromise on the physicality. We need to go with the best actress. And if the best actress is five-foot-five, we have to be open to that, because there’s too many layers for this character to also demand that she be nearly six feet tall." And then lo and behold, in comes this girl named Adrianne Palicki.

I had seen her on Friday Night Lights and I always liked her work, but I didn’t get a sense of her stature. I guess he was sitting down in a lot of the scenes. So she stood up, and we met — eyeball to eyeball — she smiled ... and I knew during the course of the conversation that this was Wonder Woman. I just knew it. I had an instinctive feeling that this was her. So then she read. And she was. And she is.

I'm sorry, but if he had to do all that to write Diana, then maybe there's an issue here. It just feels like he was forcing himself vs. other writers who would be passionate about Diana and her history. I also wished that WB and DC would have taken a little more ownership of this situation. I wonder if they laid out specific details of this character. It feels like they didn't and I think (I know I'm assuming) we will pay for it in the end.
Posted by Wonder Man at 11:30 AM