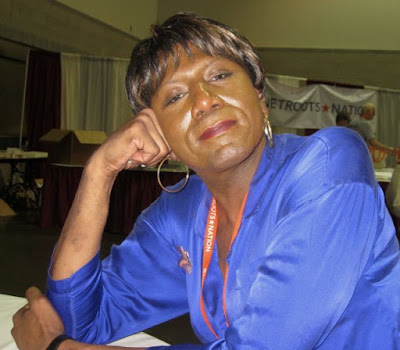 My friend, Monica Roberts from the amazing blog TransGriot, has created a petition asking the Obama Administration to investigate the murders of trans women of color.


I have been alarmed by the fact that we have already matched the number of trans women killed in the US in all of 2014 (12) in just 8 months, and this year still has 4 months left to go. I am also particularly concerned and incensed about the fact that the majority of trans women that have been murdered are not only trans women of color, but under age 30.

I am pleased to not only affix my signature to this (Signature #23), but also signal boost this We The People petition that started today. It seeks to get 100,000 people to sign on to this effort to get the federal government to investigate this unacceptable slaughter of trans women of color, of which far too many of them have been under 30 years of age.
We have to get the 100,000 signatures by September 10 to get a formal response from the White House on the requested action stated in the petition.

Please go here for the link
Posted by Wonder Man at 11:15 AM