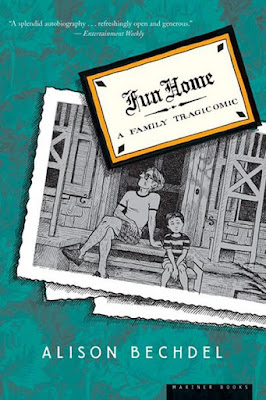 Duke University is one of the top schools in the nation. Many students are super excited to be a part of the Duke family due to the prestigious name and the amazing opportunities.

This year, the required reading for the new freshman class is the award winning "Fun Home" by Alison Bechdel. However, some within the Duke's freshmen class were scared that the graphic novel will invoke sinful thoughts.


The 2006 graphic novel, an autobiographical work about Bechdel coming to terms with her homosexuality as her funeral-director father remains closeted, was selected as a summer reading book for the Duke Class of 2019. But some students declined to read it because of its sexual themes and use of nudity.

"I feel as if I would have to compromise my personal Christian moral beliefs to read it," incoming freshman Brian Grasso wrote on Facebook, according to the Duke Chronicle.
"The nature of 'Fun Home' means that content that I might have consented to read in print now violates my conscience due to its pornographic nature," freshman Jeffrey Wubbenhorst added in an email to the publication.

A Duke spokesman observed that the reading was voluntary, though he hoped that "students will begin their time at Duke with open minds and a willingness to explore new ideas, whether they agree with them or not."

"Like many universities and community, Duke has had a summer reading for many years to give incoming students a shared intellectual experience with other members of the class," said Michael Schoenfeld, vice president for public affairs and government relations, in a statement to CNN.

" 'Fun Home' was ultimately chosen because it is a unique and moving book that transcends genres and explores issues that students are likely to confront," he added, noting that Bechdel came to campus for a discussion during orientation week.

Lord, these cry babies are the worst. The WORST! Why are they going to college? There will be plenty of temptation all through the dorms. I swear, these faux Christians can't handle real life.
Posted by Wonder Man at 7:00 AM