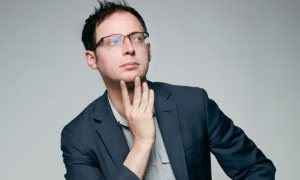 Mostly everybody already know this, but to some who don't, Donald Trump will not be president or the nominee.

Nate Silver looked into the madness of Donald Trump's polling and found out the facts. Candidates like Gingrich, Pat Buchanan and Perry had similar polling at this time in the past... And look how that turned out.

Also, this polling isn't really reflective of the average voter. These are hype opinions (my term). Hype opinions are played up by the media and folks who are not consistent in their voting. I do believe by November, we will see a huge difference.


Much of the party’s influence consists of what you might call “soft power,” the ability to influence outcomes by persuasion rather than coercion. But the party also has some “hard power”: It literally makes the rules. It can rule against candidates it doesn’t like in the event of delegate-counting disputes. It can probably even change the rules midstream. There isn’t a lot of precedent to worry about violating, since it’s been 40 years since Republicans came close to a brokered convention.

If Trump made it this far, the Republican Party would go to extraordinary lengths to avoid nominating him. In “The Party Decides” view, parties are basically looking for two things from their nominees: They want them to be reliable (meaning, they can be counted on to enact the Republican agenda once in office), and they want them to be electable (meaning, they can win in November). It’s hard to think of a candidate who does worse on those two measures than Trump. He’s exceptionally unpopular among independent voters. But he also has a checkered political past that includes once having supported abortion rights and universal health care. For the Republican Party, he’s the worst of all possible worlds.

So there, not need to worry... even though, you shouldn't be worried
Posted by Wonder Man at 11:40 AM

I was listening to CNN while walking and Anderson Cooper brought up Melania Trump as First Lady. I had the biggest laugh I've had in weeks. Could you imagine? What would her cause be? Redecorating the White House in gold accents?