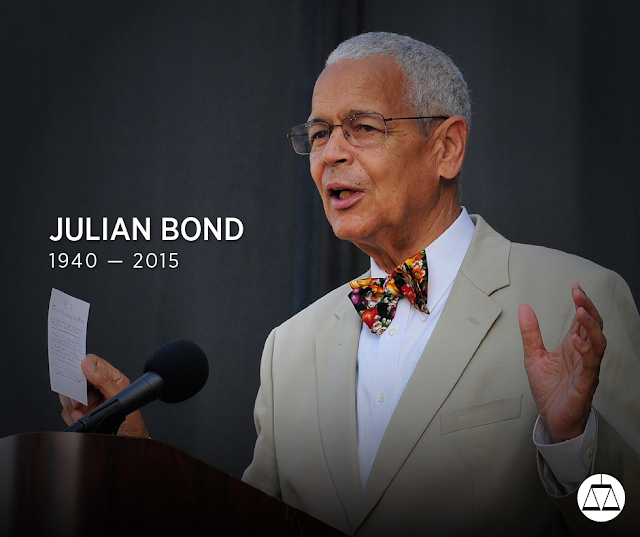 We lost a hero, a fighter, a believer...

Julian has always been been a fighter.

As a student at Morehouse College, he co-founded Student Non-Violent Coordinating Committee that organized protests during the civil right movement. Later in life, he served as the board chairman of the NAACP for 10 years. In this role, Julian spoke out against homophobia and strongly supported gay rights.

Julian continued his work for civil rights until his dying day.

He was the true embodiment of strength... Thank you, Julian for your integrity and wisdom.

I am sorry to hear this. Whilst I only knew him from some of his appearances on CNN he appeared to be a very intelligent, very humane person.