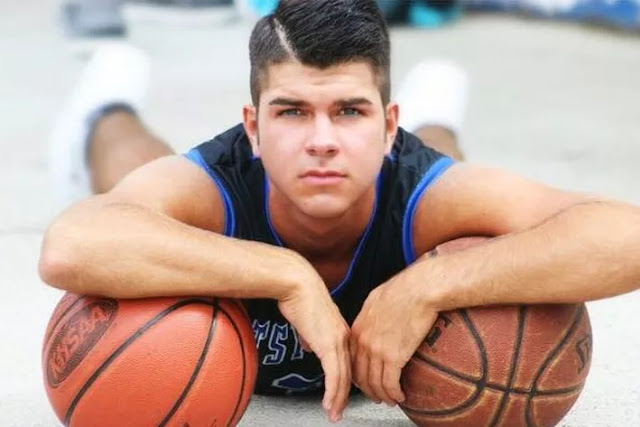 I saw this on OutSports and was disgusted.

High School Basketball player Dalton Maldonado is gay. It's not a secret and he's quite out and visible at Betsy Layne High School. However, his school hasn't been Team Dalton. In their yearbook, Dalton wasn't featured in the basketball team's pic.

In fact, he's not there at all. OutSports reports:


This is the latest slap in the face of Maldonado and the entire LGBT community by a high school administration that simply won't accept that one of its star athletes is gay and was harassed for his sexual orientation by an opposing basketball team last December. The school's yearbook has omitted its starting senior point guard from the senior boys basketball tribute page in the yearbook, a deeply insulting blow to an athlete who has contributed to his school.

Dalton responded to this mess on his FB page:


Then I had a person [affiliated] with the school tell me what they had learned about the school attempting to cover up the whole story. I recently saw my senior yearbook, I flipped right to the sports basketball page only to find my senior basketball picture missing...which devastated me.

Dalton has talked about the school's treatment towards him, which is not surprising. I just hope he will get the support he needs once he attends Uof L in the fall.
Posted by Wonder Man at 12:53 PM