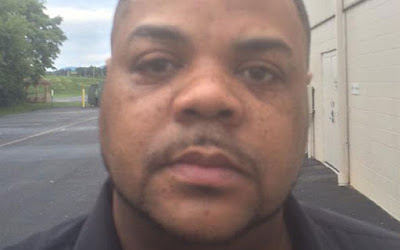 Vester Lee Flanagan has released a suicide letter explaining so many things including a race war, and the fact that he was gay. I'm going to post some pieces of the letter from ABC News, and to be honest I'm going to meditate on this because there's a lot to unpack with this information.


It is unclear whose initials he is referring to. He continues, “As for Dylann Roof? You (deleted)! You want a race war (deleted)? BRING IT THEN YOU WHITE …(deleted)!!!” He said Jehovah spoke to him, telling him to act.

Later in the manifesto, the writer quotes the Virginia Tech mass killer, Seung Hui Cho, calls him “his boy,” and expresses admiration for the Columbine High School killers. “Also, I was influenced by Seung–Hui Cho. That’s my boy right there. He got NEARLY double the amount that Eric Harris and Dylann Klebold got…just sayin.'"

In an often rambling letter to the authorities, and family and friends, he writes of a long list of grievances. In one part of the document, Williams calls it a “Suicide Note for Friends and Family."

He says has suffered racial discrimination, sexual harassment and bullying at work
He says he has been attacked by black men and white females
He talks about how he was attacked for being a gay, black man
“Yes, it will sound like I am angry...I am. And I have every right to be. But when I leave this Earth, the only emotion I want to feel is peace....”

“The church shooting was the tipping point…but my anger has been building steadily...I’ve been a human powder keg for a while…just waiting to go BOOM!!!!”

I feel it a pity that he had to take out 2 innocent people with him.

What he did was horrific. About the media though, I get a slight homophobic twinge the way they keep bringing up he was gay. Like gay is a contributing factor. I don't know. Is just me?