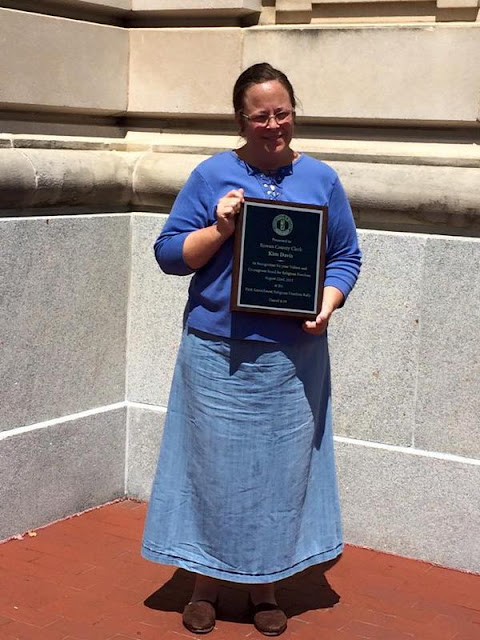 Over the weekend, bigots held a rally for their Queen-to-be Kim Davis.

The First Amendment Rally for County Clerks at the Capitol, was supported by The Family Foundation of Kentucky. This group claims to be fighting in the name of God and civil rights (you can laugh if you like)

Anywho, during this mess, almost 2000 people showed up to sing hymns and tell Kim Davisto keep up the fight. Here's a snippet below


Kim Davis, who has been sued by the ACLU of Kentucky for refusing to issue marriage licenses to all couples, thanked the crowd while crying.
She said she was at the rally to praise God and shouted out at least three times, "He is worthy." Whitley Clerk Schwartz told the crowd that political correctness does not honor everlasting life, and Casey Clerk Davis said Americans need to "put God back in government where He belongs." Casey Davis was more political than the other two clerks. He told the crowd to "beat Jack Conway and Andy Beshear" at the polls in November. (Andy Beshear, a son of the governor, is the Democrats' candidate for attorney general.) But Davis said people of different political parties can agree on important subjects. He noted that he is a Republican and Rowan Clerk Davis is Democrat. He said they are not biologically kin but "she's my sister. We are related through the blood of Jesus Christ."

Email ThisBlogThis!Share to TwitterShare to FacebookShare to Pinterest
Labels: Kim Davis, The Family Foundation of Kentucky