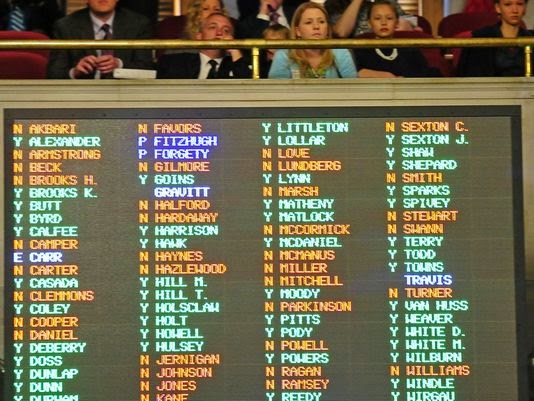 The Tennessee House of Representatives voted the Bible to be the official book of the state. Yep, these fools think it's important to make the Bible legit, even though it may be unconstitutional.

Here's more of this mess:

Despite questions of constitutionality, lawmakers beat back an attempt to make Andrew Jackson's Bible the official book and voted 55-38 in favor of Rep. Jerry Sexton's original bill.

"History's going to tell us where we stand on this. I'm grateful to have the opportunity to have the side that I'm on," said Sexton, R-Bean Station, after the vote.

"It may be kind to me in the future and it may not be kind, and that's OK. I made a decision for today and I feel good about it."

Although a GOP-led effort, House Speaker Beth Harwell, R-Nashville, was one of 20 Republicans to vote against the measure. House Minority Leader Craig Fitzhugh, D-Ripley, and four Republicans abstained. Only six Democrats voted in favor of the bill.

Hopefully, the governor will veto this crap.