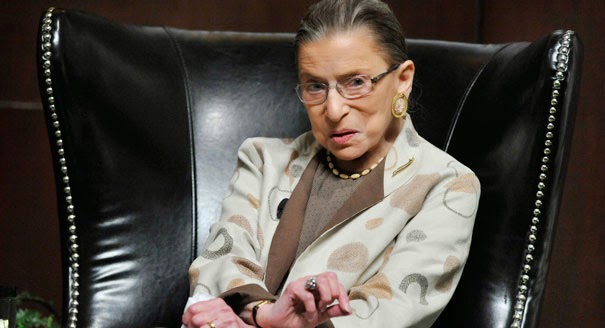 [Same-sex couples] wouldn’t be asking for this relief if the law of marriage was what it was a millennium ago. I mean, it wasn’t possible. Same-sex unions would not have opted into the pattern of marriage, which was a relationship, a dominant and a subordinate relationship. Yes, it was marriage between a man and a woman, but the man decided where the couple would be domiciled; it was her obligation to follow him. There was a change in the institution of marriage to make it egalitarian when it wasn’t egalitarian. And same-sex unions wouldn’t — wouldn’t fit into what marriage was once.


Justice Ginsburg goes in on the case against gay marriage.

source
Posted by Wonder Man at 8:00 AM