Majority of Americans are not a fan RFRA

Well, the latest Reuters/Ipsos poll reveals that many Americans are not fans of RFRA. 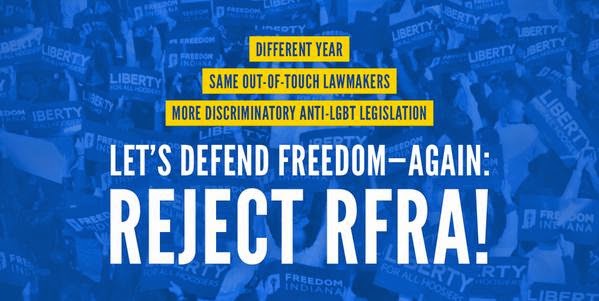 Get into these results

The poll found solid opposition to allowing businesses to refuse services or refuse to hire people or groups based on religious beliefs.

The Reuters-Ipsos poll found divisions among Americans on where same-sex marriage laws should be made.

The largest grouping, 34 percent, believes same-sex marriage laws should be made by the U.S. Supreme Court declaring a nationwide constitutional right.


The nation is changing.
Posted by Wonder Man at 4:00 AM