My 1 Cent on The Prancing Elites Project 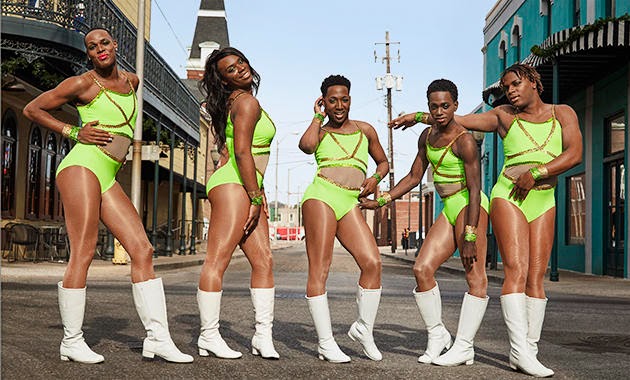 So, I was watching the new auction oxygen to show, The Prancing Elites Project and I have to say I was a little concerned at first, because it could go in so many directions.

Now, if you don't know about the series just watched a clip here


I watched the first episode and I was a bit shaky about it. They faced the worst of the worst down in Alabama. And they are products of that deep south life. I cringed when they wasn't aware of certain things that most folks are aware of. I get that everyone isn't college educated or cultured, but I was bothered by their 'unawareness' of stuff.

However, in all, I really applaud their bravery. I applaud them for being real and being themselves. But I wonder if this show will portray them in a positive light. Reality shows have a tendency of going in opposite and negative places. If mishandled, it could play on stereotypes about Black gay and trans men. Again, there's so many things that worries me about the show, but I will kept watching. I want to support them and I hope this series truly tell they stories.
Posted by Wonder Man at 7:00 AM

Email ThisBlogThis!Share to TwitterShare to FacebookShare to Pinterest
Labels: The Prancing Elites Project