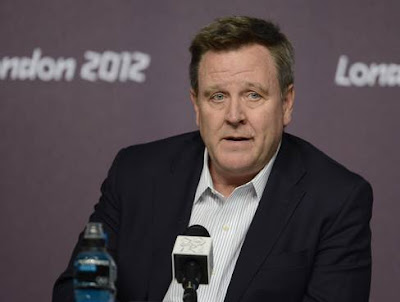 U.S. Olympic Committee CEO Scott Blackmun said that he would like for the U.S. athletes to comply with Russia's laws while they are in their country. He's also waiting for clarification on Russia’s anti-gay law in order to understand what's at stake.

During a press conference, Scott said:


“It’s our strong desire that our athletes comply with the laws of every nation that we visit. This law is no different. We’re looking to the IOC for some leadership in this issue. They have been in discussions with the Russian authorities, so we’re awaiting for some clarification from them. Our job, first and foremost, is to make sure that our athletes are prepared to compete and aren’t distracted while they’re here. We’re a sports organization, and we’ll leave the diplomacy on the legal issues to the diplomats, and we’re not going to get involved.”

When asked about an athlete possibly protesting, Scott responded:

But the question is... Will our athletes comply?
Posted by Wonder Man at 7:00 AM