Russian Runner Kseniya Ryzhova: Our Kiss was no Protest 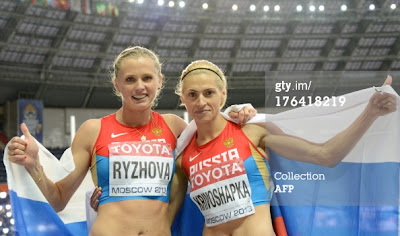 After many, and I mean many folks assumed the Russian Runners' celebratory kiss was the KISS OF JUSTICE, they finally decided to clear up the misconception.

One of the runners, Kseniya Ryzhova said:


"The storm of emotions going through us was incredible. And if we, accidentally, while congratulating each other, touched lips, excuse me. We think the whole fuss is more of a sick fantasy not grounded in anything."

Well, there you go. A kiss was just a kiss. I also noticed that some folks are complaining that it took a few days to clear this up. But let me say this, don't blame or point the finger at them for your ignorance of their culture. They shouldn't have to explain what they did, especially when it was a simple cultural norm. If we are going to be frustrated, it should be at ourselves for assuming and speculating.

Remember, it was some of you who blew this up, not them.