Will Steve Bannon join Trump in the White House 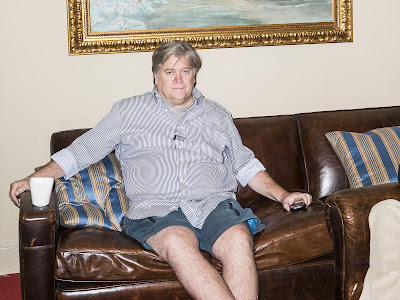 And here we go


Mr. Bannon, the executive chairman of the conservative website Breitbart News, who took a leave to help manage the final weeks of Mr. Trump’s campaign, is well liked among Mr. Trump’s circle of overlapping advisers, who see him as a favorable influence on the president-elect.

But Mr. Priebus is said to be viewed favorably by two people especially close to Mr. Trump: his daughter Ivanka and son-in-law, Jared Kushner. Mr. Priebus is personally close to both Speaker Paul D. Ryan and Gov. Mike Pence of Indiana, the vice president-elect, and he could serve as a helpful bridge to crucial elements of the Republican Party.

Corey Lewandowski, Mr. Trump’s first campaign manager, has also been mentioned for chief of staff, despite having been fired by the campaign in June. But Mr. Trump’s children, who feuded publicly with him during the campaign, may resist.