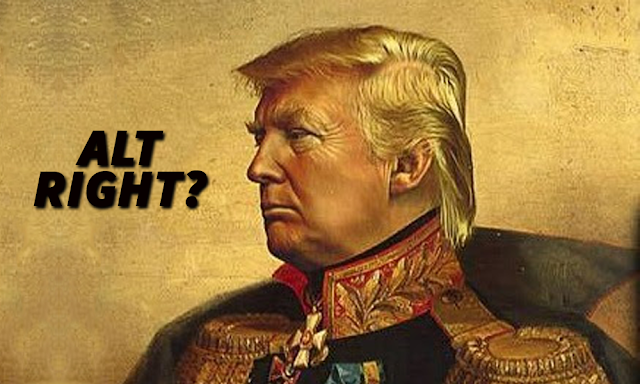 trump said that he disavows the Neo-Nazi group of weak whites sucking his jockstrap.


“I don’t think so, Dean,” Trump said in response to a question from Times executive editor Dean Baquet about if he has energized the “alt-right.”

The alt-right is a nationalist movement that embraces populism and white identity politics. At times, as was the case at a conference this weekend in Washington, adherents have used outright racist and anti-Semitic attacks to further their views.

“I don’t want to energize the group, and I disavow the group,” Trump told Baquet. “It’s not a group I want to energize, and if they are energized, I want to look into it and find out why.” Asked point-blank about the conference featuring Spencer, Trump again disavowed any support.

“I disavow and condemn them,” Trump told Times reporters. He did chide them for continuing to ask about the topic though, telling one questioner: “Boy, you are really into [this issue].”

As a candidate, Trump brought in Breitbart News' executive chairman Steve Bannon to help run his campaign, and he recently tapped him to be his chief strategist in the White House.

Bannon has been accused of making the site a platform for the alt-right, though he has disavowed its members' espousal of racist and anti-Semitic views.