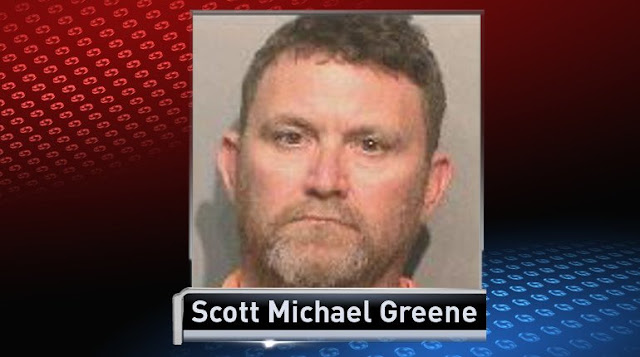 Here's everything about the domestic terrorist, Scott Michael Greene

The suspect in the back-to-back killings was identified as Scott Michael Greene, said Urbandale police spokesman Sgt. Chad Underwood. Before his capturing, police had described Greene, who was last seen driving a blue Ford F-150 with an Iowa license plate, as armed and dangerous.

Court records that he has had previous encounters with Urbandale police officers.

Greene was taken into custody by the Dallas County Sheriff's Department while walking along a rural road in Redfield, about 35 miles west of where the shootings occurred.

Greene flagged down a passing Department of Natural Resources officer, handed over his ID and told the officer to call police, police said. No shots were fired and there was no struggle. The suspect was taken by ambulance to a Des Moines hospital with an unknown injury.

He's also a bigot and a Trump supporter
Posted by Wonder Man at 10:50 AM