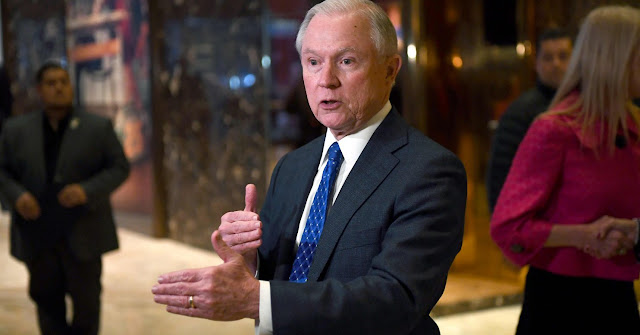 Remember back in 1985-86, he was considered too racist for the GOP. Then, in 2002, his confirmation hearings before the Senate Judiciary Committee were horrible.

Sip this tea about Sessions:


While serving as a United States prosecutor in Alabama, Mr. Sessions was nominated in 1986 by President Ronald Reagan for a federal judgeship. But his nomination was rejected by the Republican-controlled Senate Judiciary Committee because of racially charged comments and actions. At that time, he was one of two judicial nominees whose selections were halted by the panel in nearly 50 years.

Mr. Sessions was also accused of speaking disparagingly of the Voting Rights Act and the stringent oversight it placed on Southern states.

Mr. Sessions, who was elected attorney general of Alabama in 1995, has long considered it a personal triumph that he was able to be elected to the Senate in 1997 and become a member of the panel that rejected his nomination to become a federal judge.

He's used goods and terrible for this country.