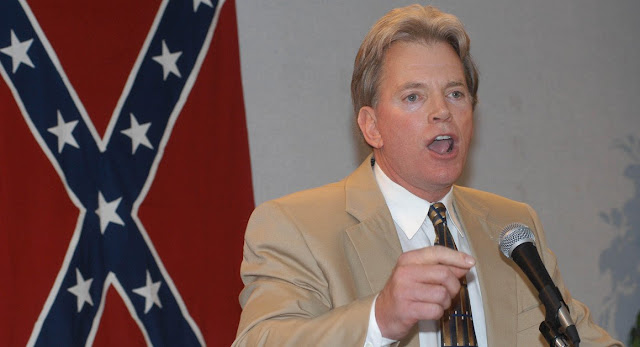 "We have a cabal in this government that literally controls our foreign policy ... Syria is a country with 3 million Christians. It was just admitted by Clinton that our government's been supporting Saudi Arabia which she admits was supporting ISIS. The lady should be getting the electric chair, being charged with treason."


He said that during a Louisiana Senate debate

This is - unfortunately - to be expected from a NeoNazi.