Nate Silver talks about his Quirkly Gay life in OUT 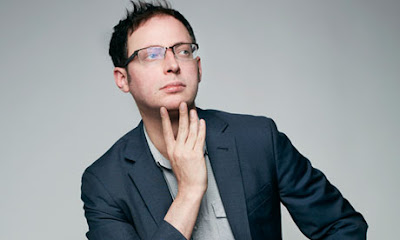 The adorable Nate Silver is OUT Magazine's Person of the Year. In the interview, Nate let us in on who he is and how he views himself.

Here's a little bit from the interview:


If these pastimes—poker, baseball, debating Chinese–U.S. relations—seem atypical of the average twentysomething gay guy, perhaps it’s because gay nerds have a low profile in our culture. “To my friends, I’m kind of sexually gay but ethnically straight,” explains Silver, who came out to his parents after spending a year in London studying economics—“I don’t know how I got any work done”—and considers gay conformity as perfidious as straight conformity. He supports marriage equality, but worries that growing acceptance of gays will dent our capacity to question broader injustice.

The rest is a good read. Please check it out.
Posted by Wonder Man at 10:40 AM

Email ThisBlogThis!Share to TwitterShare to FacebookShare to Pinterest
Labels: Nate Silver, Out magazine