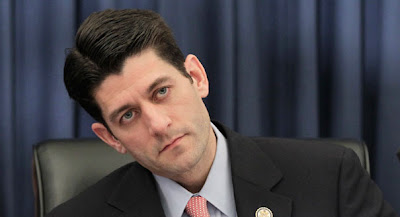 This campaign is just fall apart like a pork butt from the bone. According to Politico, Paul has been running around calling Romney the Stench.


Though Ryan had already decided to distance himself from the floundering Romney campaign, he now feels totally uninhibited. Reportedly, he has been marching around his campaign bus, saying things like, “If Stench calls, take a message” and “Tell Stench I’m having finger sandwiches with Peggy Noonan and will text him later.”

I think Paul realizes this is a mess he can't clean up. Since he joined Romney, his stock has gone down. He's like a pariah now and his career has just jumped into 'I'm screwed' mode.

I wonder if he is acting out because his political career is pretty much over.

That is hilarious. Couldn't happen to a nicer Randite.