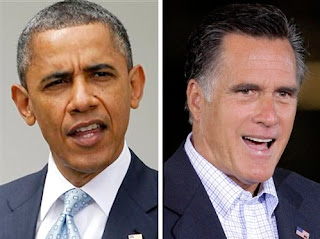 For silly and foolish reasons, some Black pastors are telling their flock to stay at home on election day.

Their reasons are based ignorance, pure and simple. Just plan ole ignorance and idiocy.


The pastors say their congregants are asking how a true Christian could back same-sex marriage, as President Barack Obama did in May. As for Republican Mitt Romney, the first Mormon nominee from a major party, congregants are questioning the theology of the Church of Jesus Christ of Latter-day Saints and its former ban on men of African descent in the priesthood.
....
“When President Obama made the public statement on gay marriage, I think it put a question in our minds as to what direction he’s taking the nation,” said the Rev. A.R. Bernard, founder of the predominantly African-American Christian Cultural Center in New York. Bernard, whose endorsement is much sought-after in New York and beyond, voted for Obama in 2008. He said he’s unsure how he’ll vote this year.


Bernard is among the traditional Christians who voted for Obama in 2008 and are now undecided because of the president’s support for gay marriage. But Bernard is also troubled by Romney’s faith.

“To say you have a value for human life and exclude African-American human life, that’s problematic,” Bernard said, about the priesthood ban. “How can I judge the degree to which candidate Romney is going to allow his Mormonism to influence his policies? I don’t know. I can’t.”


Look, this is some bullsh*t! To let a pastor dictate your vote is ridic. No one should let a man or some religious belief to override common sense. God don't pay bills, fix the economy or stop wars.

Folks need to wake up and stop listening to false prophets.
Posted by Wonder Man at 5:00 AM

Once I knew Romney would be the nominee I also knew that his Mormon faith would have an interesting effect.

I've said it all along, the Evangelicals may just sit this election out and that includes Black evangelicals.

Did I read that right? This is just wrong on so many levels.

You have to love these splaboos, they are the main ones hurting blacks with their complicity of homoerotic shenanigans inside of their congregations. This is on top of the fact that they are the main ones that has inflamed the mentality which has created a situation of mistrust, spreading of STD/STIs, and suicidal thoughts of black LGBT youths. This is the textbook example of ignorance running-a-mok.

I don't think blacks will allow the 'white peoples party' tell them how to vote much less let them win the election. You think things are bad now....???? Go vote!