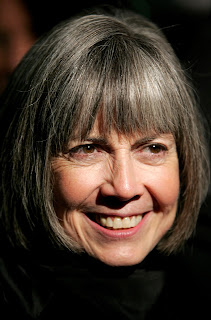 The Advocate has the scoop:


"If you want Lestat to come back, can you tell me why in one sentence?" Rice asked on her Facebook page. Her post received nearly 8,300 comments. The Vampire Chronicles author, and mother of out novelist Christopher Rice, followed that up with,"In one sentence, what one thing do you NOT like about Lestat?" Clearly, more people like Lestat than don't, since that post only received 3,250 comments.

I think we will be seeing him very soon.
Posted by Wonder Man at 6:00 AM