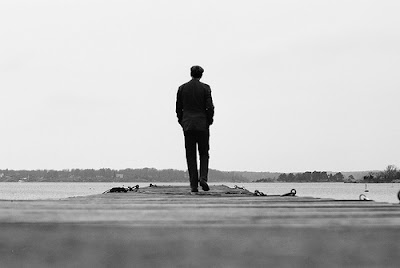 I'm just writing, so I apologize for the typos...

I wanted to share with y'all something that happened recently. Some of you know that a couple of my friends moved out here from NYC. They were excited to start their lives in LA, but one of them had a issue...  He was mentally falling apart. I'll call him "K"

In New York, he had a 2 serious breakdowns before he moved to LA. My other friend tried to get him help, but K said he didn't need it. He would take care of it himself.

So, fast forward a month later, last Thursday in fact. K loses it again. He starts shouting in the middle of the night and crying. We calmed him down by getting to take some sleeping pills.

The next day, we decided that he needed to go to the hospital. It took 2 hours of coaxing to go, but we got him to go. My other friend was with K for most of the day. K was in the hospital for over 24 hours. The doctor told my other friend that K was showing signs of early, early schizophrenia and depression. We were totally shocked. I mean, this is one of my oldest friends. I would have seen the signs, but the according to the info on schizophrenia, it can come without warning. So after the doctor processed the situation, he released K, but only on a deal he would go to a mental hospital for out patient care the next day. K said he would go.

Well, that morning, K decided that he didn't need to go. We told him that he have to go in order to get better. It took us literally 4 hours to get him from my apartment to the parking lot and another hour to get him into my car. We had to lie to get him the mental hospital. Once we were there, the doctor talked with K with us in the room. The doctor told him that he has to take these pills for a week. If he didn't, K would have to come back. K promised he would do it and the doctor let him go. Later that night, he said he took the pill and went straight to bed.

On Sunday, K was slept most of the day. While he was asleep, we talked to his family in Florida about his situation. They wanted him to come home and "heal" with them. I thought it was a great idea and we worked on a plan to get K home. That evening, it was time to take his next pill; K refused. He said that he was fine, how the doctors were wrong and how he can fix himself. We tried to reason with K, but he wasn't hearing it. We also told K that his family wanted him to come back to Florida by the end of the week... K said "no".

He claimed he could conquer his issues without medication. He said that the medication was making him "crazy" and he would not take any pills. I asked him if he was aware of the hell he was putting everyone through. He said yes, but he was right and we were wrong. Then K revealed he lied about taking the medication from the previous day. It was then, I had to make a decision.

I told him that if he wasn't going to follow the doctor's orders then can not get better. I tried to express how important it was for him to save himself, but he just wouldn't budge. So, I said if he won't do this for himself and for us... He would have to leave. He kept refusing help and going off on unrelated tangents. So I told him to pack his things and go. I thought it would snap K back to reality, but it didn't help. K packed up and moved into a hotel.

It really hurt to put my friend out like that, but I couldn't allow the horror show to continue.

The following day, K decided to move back to Florida for awhile. My other friend was also deeply hurt, but he knew we've done all we could do. Plus, it was truly taking a toll on his well-being as well, so he supported my decision. I truly hope my friend K gets help. He will never be successful or happy until he realize that he is not well, and needs the proper care.

I hope his family gives him the love and support he needs.
Posted by Wonder Man at 5:29 AM

Email ThisBlogThis!Share to TwitterShare to FacebookShare to Pinterest
Labels: life

Just remember that this had nothing to do with YOU - and everything to do with K's illness. You did all you could, but it sounds like K is very sick and needs professional care.

Let's hope your friend gets the help he needs. Once he does, he will realize you did the right thing.

I'm so sorry to hear this. I hope your friend gets the attention and help he needs

I think you dd the right thing.
A sick person sometimes doesn't know they're sick, and it takes all you can do for them to get help, even kicking them out.
Tough love, my friend. Tough love.

::hugs:: that is so sad.
He is fortunate to have friends like ya'll.

It's sad this happened but you did the right thing. K needs to help himself before anyone else can help him.

If you can't swim no use in going in the water to save him. You did good. My quote I hope you get it.

That's heart wrenching. You did the right thing. If you were dealing with someone with a substance abuse problem, you would have to show them consequences, or they would continue to lie and take advantage of you.
So really, you were in a similar circumstance.

That must have been one of the hardest things you had to do, but it may have sparked him to go home to family and get help.

My prayers go out to your friend. I completely understand. I have a sister who suffers from Bipolar disorder, and my fam and I have spent many a nights at the hospital trying to get her in order because she was going through an episode.

I do hope that he realizes he needs the help. Just know, you've done what you could. Much love to you, man.