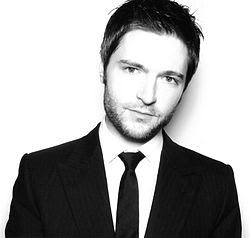 “Y’all are so brainwashed to think that saying politically correct things makes a good president. I happen to think political correctness is mind control and oppression of the freedom of speech. I’d rather trust a loud-mouthed buffoon over some politically contrived and politically correct corporate servant. Sure, I disagree with at least half of what Trump says but at least he says it!”

I will ABSOLUTELY NOT be voting for @HillaryClinton
— Lucian Piane (@RevoLucian) October 4, 2016


The backlash from saying "I won't vote for Hillary" is further proof that y'all have forgotten how to think. https://t.co/fnXSJnSqn1
— Lucian Piane (@RevoLucian) October 4, 2016


Never said I was voting for him, I just said I trust him more than her. https://t.co/UfWSOGNHBf
— Lucian Piane (@RevoLucian) October 4, 2016


LGBT issues are important to me and have always been. Anyone who knows me knows this. I just feel there are more important issues right now.
— Lucian Piane (@RevoLucian) October 4, 2016

Currently, this Tragic Gay is being dragged on social media for this mess. And he should be because how could you think that Trump can be trusted over Hillary? What fool thinks that?
Posted by Wonder Man at 12:00 PM

He probably has afternoon tea parties with Milo.

I hate these types of gayelles with a passion.

To each his own but I too have a problem with Hillary and yes I am voting for. I remember she said she was on a plane and being fired at and the comedian Sinbad was there and didn't see any of what she was saying. She might have some kinda head issues.
Not all Gays are monolithic.