Paul Ryan Won’t Defend Trump. But He Still Endorse Him? 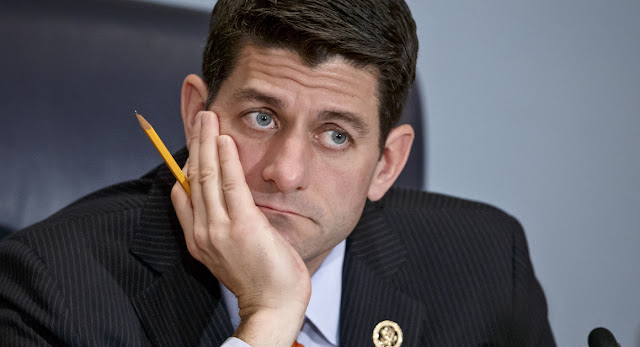 So, Ryan said that he won't defend Donald Trump, but he hasn't unendorsed him.


Ryan told Republican members of Congress on a conference call Monday that they “all need to do what’s best for you in your district,” according to someone on the call. Ryan said he wouldn’t campaign with Trump for the rest of the election, but added that he wouldn’t withdraw his endorsement of the GOP nominee.

“He made clear to members that his decisions are being driven by what is best for his members, not himself,” the source on the call said. “He is willing to endure political pressure to help protect our majority.”

Ryan seems to be suggesting that he would unendorse Trump if he were on his own. But the speaker is not on his own, and he’s signaling that he believes there would be a negative down-ballot effect for Republicans if he were to pull his support.

Joe My God has his unendorsing Trump.

He is true to the game, he still sticks by Trump but doesn't want to be near him. I find Ryan kinda cute.