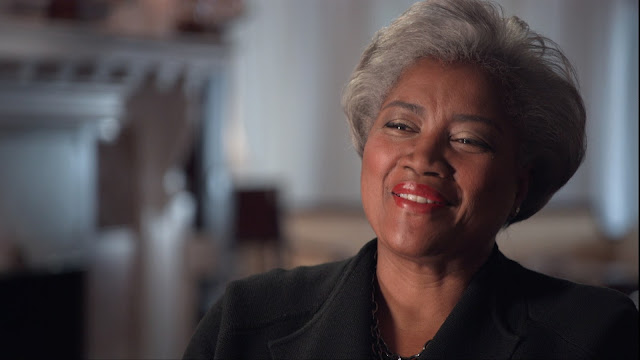 This is some tea.

For a while, Donald Trump has been telling his legion to watch folks at the polls, mostly in areas with lots of people of color. Then, the DNC jumped in and found enough evidence that Trump was up to no good. So now, they are coming for his ass.

The DNC is asking a federal court to hold the RNC in contempt of court for allegedly violating a decades-old consent decree limiting so-called "ballot security" activities at poll places.


The Democrats' filing Wednesday, among other things, ask that the consent decree -- which is set to expire Dec. 17 -- be extended for another eight years. The DNC is also asking the court to block any coordination between Trump and the RNC as it relates to Election Day poll monitoring activities that many fear will amount to voter intimidation.

The legal move by the DNC comes in response to Donald Trump's calls for vigilante "poll watchers" to come out in force nationwide on Election Day. The RNC had hoped to be freed from the consent decree as soon as next year, and Trump's actions now threaten to hobble the GOP for nearly another decade, if Democrats have their way.

As Trump has amped up his rhetoric claiming a "rigged elections" and urged his supporters "go over and watch" voting sites in "certain areas, the RNC has tried desperately to distance itself from the campaign's poll monitors efforts, given the consent decree. But Trump campaign hasn't made that easy. Wednesday's filing cites comments made by Gov. Mike Pence (R-IN), Trump's running mate, at a town hall event and by Kellyanne Conway, Trump's campaign manager, to the Washington Post suggesting collaboration with the RNC on anti-voter fraud activities.

(Conway later told the Washington Post she was mistaken and the RNC at the time also denied collaboration).

"Although certain RNC officials have attempted to distance themselves from some of the Trump campaign’s more recent statements, there is now ample evidence that Trump has enjoyed the direct and tacit support of the RNC in its 'ballot security' endeavors, including the RNC’s collaboration on efforts to prevent this supposed 'rigging' and 'voter fraud,'" the DNC's court filing said.

The filing also points to the activities of state party leaders who are also members of the RNC that appeared to be inspired by Trump's comments. The Pennsylvania GOP -- led by chair Robert Gleason, also an RNC member -- recently sued to allow for poll watchers to monitor voting sites outside their own precinct, which is currently prohibited by state law. Michigan Republican Party Chair Ronna Romney McDaniel, an RNC member, said last week that the party's attorneys were preparing "a massive statewide anti-voter fraud effort."

It's about to get bad for Trump, and I'm excited about it.