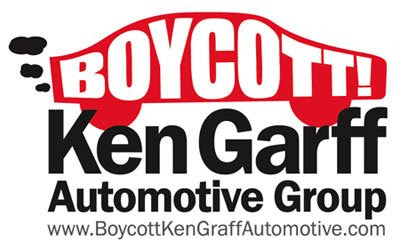 Californians Against Hate are not playing around, y'all. The launched a boycott attack on Mrs. Katharine Garff, wife of Ken Garff Automotive Group Chairman of the Board and CEO Robert Garff for donating $100k to the Yes of Prop 8 campaign.To give y'all some insight about the Garffs, they own many car dealerships in Utah, California, Texas and Iowa.

According to the site, she has given smaller amounst to similar causes, but this glorious amount, placed her on top of the largest contributors to Prop 8.

Robert Garff started trouble with this statement: "We do believe in the proposition of marriage as being between a man and a female,'' he said. “But we reserve the rights of others to believe and act as they wish. … We want our friends who are gay to know that we respect them.''

Well if that's respect, giving $100k to stop gay marriage, I would love to see his idea of disrespect or honor.

For more about the boycott, go here.