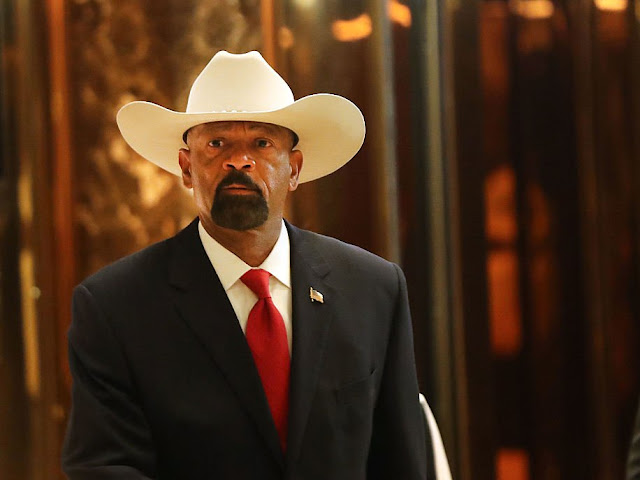 trump's top choice for candidate to run the Department of Homeland Security is a bigot, a coon and a fool. Yes, I'm talking about David Clarke. This man is horrible and a cretin. He's also called Trans folk 'freakish'


On the June 25th episode of his podcast, "The People's Sheriff," Clarke claimed that transgender Americans have mental disorders and painted them as one of several groups who live a "freakish lifestyle."

The sheriff cited Walt Heyer, a former transgender author who has called for parents of transgender Americans to be jailed.

"Too often in this assault on the First Amendment, and this very totalitarian attitude from the left that any freakish lifestyle, any marginal lifestyle, is now considered part of the norm, and they're shoving it down our throats. So if you're not careful when you engage in this conversation, they'll look for the trap, and they'll catch you saying something that's clumsy or not well articulated, and then they'll just attack you — they'll attack you with it. 'Transgender phobic' and all this other nonsense."