I attended, Knocking Down the Door: Black LGBT Images in Media 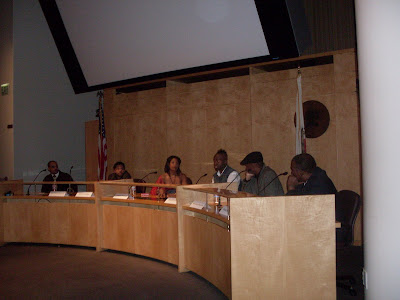 Last night, I attended, “Knocking Down the Door: Black LGBT Images in Media,” hosted by GLAAD and the National Black Justice Coalition. The event discussed the images of Black LGBT people in movies and television. The conversation moved through issues of out and closeted actors, lack of support from the LGBT community, and the messages the characters send. 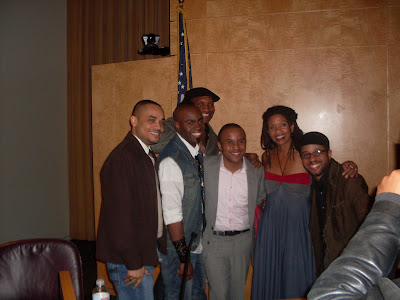 Each of them provided their opinions on the reasons why Black LGBT are not visible, as well as the struggles to present non-stereotypical characters. 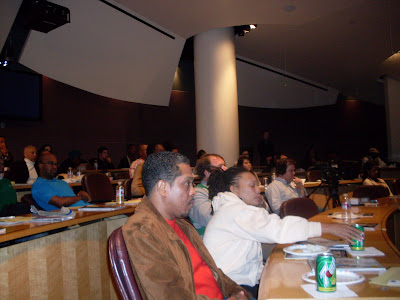 I was happy that the discussion moved to the importance of the visibility of Black LGBT characters. It was mentioned that the lack of LGBT characters of color makes it hard for Black communities to accept or to understand gay culture. I totally agree with that, in some ways we don't exist to many in the Black community or it's not talked about. Still to this day, I will hear that being gay is a 'White' thing. By increasing our visibility, we can make this a 'People' thing regardless of race.

It is definitely important to reflect the real faces of the LGBT community. I can't help but to think if there were more LGBT characters of color on TV, Prop 8 may not have passed. This may be wishful thinking on my part, but it's something I truly believe.

So here are some of the points I was feeling last night:

In all, it was a great discussion. We needed more time, but we got into some good stuff. We should have more discussions about the diversity of our LGBT community. It's time for a change.
Posted by Wonder Man at 11:00 AM

This post reminds me to set the DVR for the NACCP Awards... I think it's tonight??

It was a great night. So much fun and such great topics. I found it so empowering. And you are right it needed to be longer! M*

Thanks for posting this stuff!