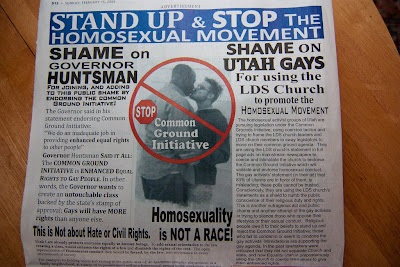 I feel like Mystique's coming around the corner, especially after reading this mess. The foolish group known as“America Forever” placed a full-page ad in the Sunday's Salt Lake papers warning folks of the “homosexual movement”. 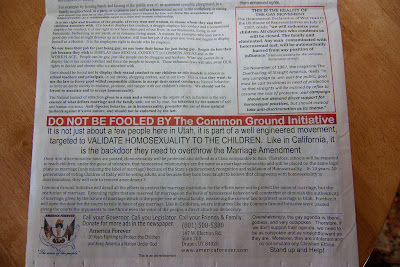 Yes, the movement is converting and changing farm boys into killer gays, who knew. This ad/attack is a response from Utah's Common Ground Initiative. They are providing some rights to the LGBT community there, and the cute thing, is their initiatives are based on the Mormon Church's notion of supporting these rights (not marriage, though) 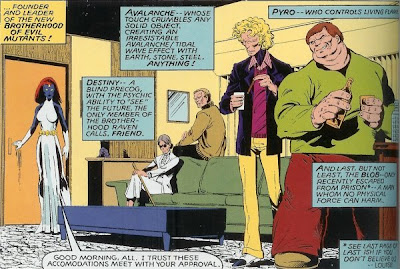 But somehow, this group believes we are out to destroy the masses and rape their minds. Who are this people and what is really going on with them? I will try to find out more stuff on this...America Forever group. Sounds like a bunch lost souls.
Posted by Wonder Man at 12:54 PM

Never mind who the group is, that a newspaper took the ad to begin with is where the outrage ought to be, IMO.