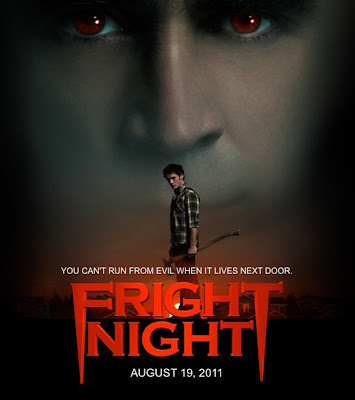 Movie remakes are usually messy or unnecessary. Someone in the industry feels it's an easier risk to take rather than make something new. However, "Fright Night" hit me a little differently. While it was unnecessary remake; it was a good, solid movie.

Actually, this movie didn't have to be remade; it was a stand alone film. In fact, it could been called "The Neighbor" or something.

Anywho, here's my vague review of the flick. 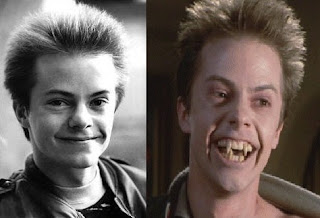 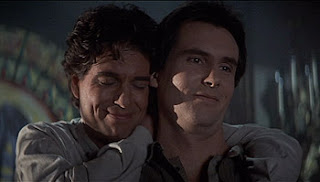 I thought about you all weekend. I wanted to go see this but no alone. Hope to see it soon.

As always, your reviews are never spoilers but are very informative and refreshing... I'm going to go see it next week. Thanks!

I know there's no Billy Cole. But didn't those two feel rather uhmmm....cozy in Fright Night.(Matter of fact didn't the Mom joke about them being gay?) Maybe that's why it got taken out.

Yes, I met him a few years back. It was an interesting time in his life