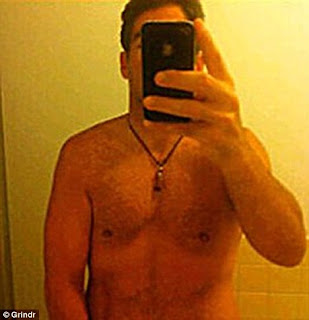 After being caught on Grindr, flashing his butt hole to the world, Sen. Roberto Arango resigns:

Schatz did not release the lawmaker's letter, but said the circumstances that led to the resignation "are very lamentable."

Local news media published photos from the application showing a man's nude upper body with a cellphone obscuring his face. Another photo showed a rear view of a nude man on his hands and knees. Another showed a fuzzy image of a face that seemed to match Arango's.

Arango has neither confirmed nor denied suggestions by local media that the photos might be of him and apparently was not asked if he had posted them. During a recent interview with WAPA TV in Puerto Rico, the senator said he has taken pictures of himself with a cellphone to document his recent weight loss.

Well, maybe Roberto can work for Nasty Daddy or Men Over 30.

source
Posted by Wonder Man at 4:10 AM

But he was just showing how much weight he'd lost, right?