Hot Rumor! Joe Solmonese may be Stepping Down from the HRC 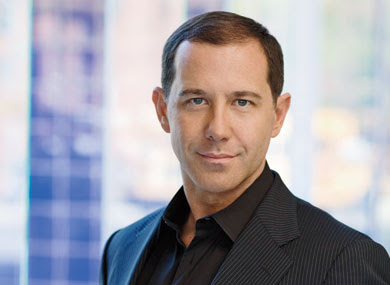 Metro Weekly reports that Joe Solmonese may be stepping down earlier than his contract.


On Friday night, Aug. 26, Pam Spaulding at Pam's House Blend reported that Human Rights Campaign president Joe Solmonese will be stepping down in the coming months from his leadership role at the nation's largest LGBT political organization, a fact confirmed by Metro Weekly. His most recent contract expires in March 2012, and an informed source tells Metro Weekly that "a full candidate selection process will take place" to find his successor.


A second source familiar with the situation said that a board conference call that originally was scheduled for Aug. 29 was rescheduled on the evening of Aug. 26 to take place later today, Aug. 27. The change was made after Spaulding published her report, which stated that an announcement about his departure was to be made public on Aug. 30.

So, I guess we will know more on Tuesday; however if he leaves, will this be a change in the organization? Honestly, I'm not so sure. Joe made the HRC a powerful money making machine and donors kept giving even when LGBT activists were up in arms about every move they made. I wasn't always pleased with EVERYTHING the HRC did, but I give them credit for they staying firm our their beliefs and tactics.

So I personally think (if this true) the HRC will stick close to a Joe Clone with slight changes. But the real question is... Who will lead?
Posted by Wonder Man at 11:20 AM

I'd like it if someone who cared more about people and less about political games would lead. Joe's actions gave the HRC a bad reputation in most eyes, so it's good he's going.