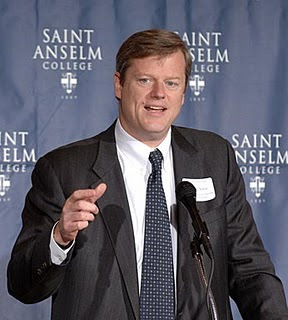 Charlie Baker won the support of the Massachusetts Republicans this weekend and now, he's the GOP gubernatorial candidate.

But who is this guy?

Well, he's an interesting person. He's for gay rights, pro-choice and picked openly gay state senator, Richard Tisei as his running mate. (the info below is from several months ago) 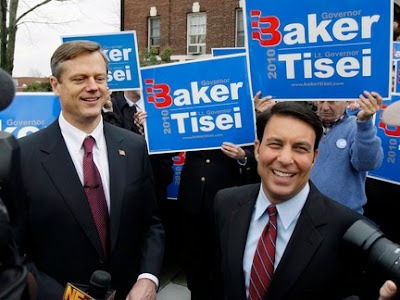 Charlie Baker, a moderate Republican running to become the governor of Massachusetts, has chosen State Sen. Richard Tisei, who is openly gay, as his running mate. Baker issued the following on his Twitter account this morning: ”Want you to be the first to know: I’ve chosen State Senator Richard Tisei as my running mate. Excited about this team.” Tisei is the Senate Minority Leader, and played a key role in the fight to retain marriage equality in Massachusetts.

And he won the GOP support and candidacy? Color me surprised.

More info, here
Posted by Wonder Man at 3:09 AM

mASSACHUSETTS REPUBLICANS ARE NOT LIKE rEPUBLICANS IN OTHER PLACES....

Most New England Republicans are more socially moderate than the rest of the Republican party. However, it shows that partisanship lays in a vacuum where social issues are subjective to the region of the nation.