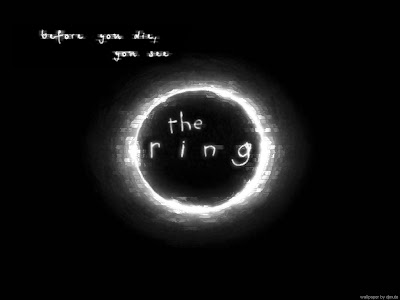 Oh Lord, hand me a two piece and biscuit. Greed is shi**ing on horror again.

Combining two of Hollywood's consuming passions -- sequels and 3D -- Paramount is moving ahead with a new installment of the horror thriller franchise "The Ring."

The third entry based on the Japanese horror movies is being called "Ring 3D." David Loucka, who wrote the now-shooting thriller "Dream House" for Morgan Creek, has been tapped to pen the script.

Walter Parkes and Laurie MacDonald are in negotiations to return as producers, and Vertigo and Benderspink are executive producing.

The new film is being fashioned as more teen-centric than the first, and though the logline is being kept under wraps, the aim is to reinvent the franchise. One potential scenario involves teens finding a VHS player that still works.

Hera, help me! Or better yet, Samara, come out the well and end this.

Aww, shit. As if teens haven't already ruined everything.

This 3D thing is getting out of control. I don't think I need to see this one.