Is the Obama Administration planning on dealing with Arizona? 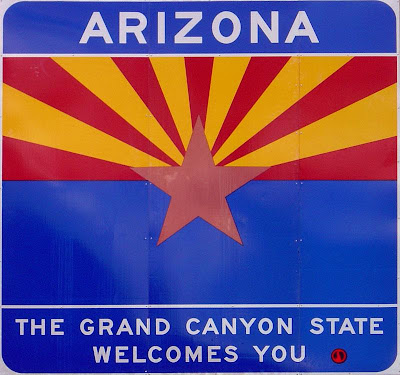 The word is out the Obama Administration may be addressing Arizona on their crazy ass immigration law.

So what did President Obama mean when -- responding on Friday to Arizona's new immigration law -- he said that he'd "instructed members of my administration to closely monitor the situation and examine the civil rights and other implications of this legislation"?

An Obama administration official says it means that officials from the Justice Department and Department of Homeland Security are looking to see if there are any actions they should take in response to the law -- and "that could mean suing to block the law, but we're a long way from knowing if that's a viable route yet."

Interesting news, however I can see teabaggers claiming that Obama's trying to endanger their state and children.

This could be an interesting week.