Good News! Fox won't do a Bastard Version of Torchwood! 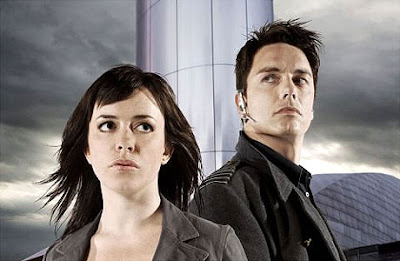 I'm happy about this!

It looks like Capt. Jack Harkness and his alien-fighting crew are homeless once again.

Fox Broadcasting Co. said it will not move forward with a plan to bring the "Doctor Who" spinoff "Torchwood" directly to American audiences, while BBC Worldwide expressed confidence the series would get off the ground in the United States, just not at Fox.

"BBC Worldwide Productions and the Fox Broadcasting Co. have mutually agreed not to progress together with a 13-episode serialized 'Torchwood' format," BBC said in a statement, according to The Hollywood Reporter. "We are currently in discussion with several interested networks."

Fox would have given up on the series before it got off the ground. Besides there are other networks that could do Torchwood justice.

Well , that is a good development. Keeping Torchwood away from FOX is the only way to keep the show's integrity and edge.