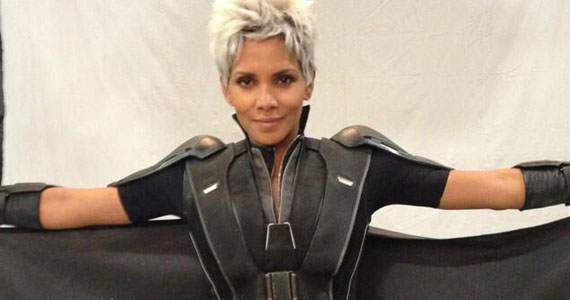 Okay, I get it. Folks ain't feeling Halle Berry's Storm look at all. But let's take a moment to really think about the costume.

Remember, Storm looked like this during the Days of Future Past. 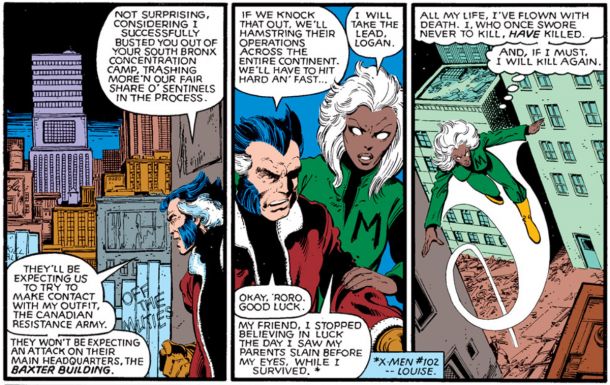 That look was far from glamorous. Ororo wore this concentration camp suit in the original series. So this movie outfit is a bit better and it fits with the plot.

And most of you know the story, right? They are in the middle of an apocalyptic/ Terminator wasteland; ain't nobody running around in colorful costumes. In fact, if Bryan Singer is following the storyline, all heroes were captured and killed. To draw less attention to themselves, they wore these outfits. What Halle's wearing may be the reflection of the bleak future. So, I give the look a PASS, because the look matches the story.

No one during that time looked good.
Posted by Wonder Man at 12:46 PM

I don't think anyone is looking for color, especially coming off the series where everyone wears black leather. Its looks like suede junk, it looks looks like the flying suit for a rocketeer, like a noir idea of a flying suit. its just not good looking. And mostly I was upset they didn't upgrade to a different actress

I still wish they'd had of picked another actress beside Halle.