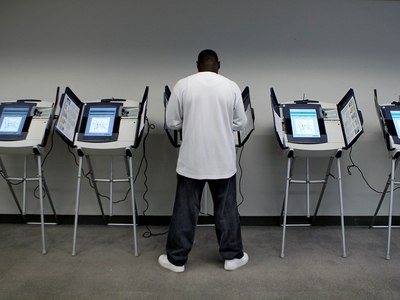 Interesting news, AP reports that Black people out voted White voters in the 2012 elections. The numbers were clear, indicating a change in our nation's racial structure.


Had people voted last November at the same rates they did in 2004, when black turnout was below its current historic levels, Republican Mitt Romney would have won narrowly, according to an analysis conducted for The Associated Press.

Census data and exit polling show that whites and blacks will remain the two largest racial groups of eligible voters for the next decade. Last year's heavy black turnout came despite concerns about the effect of new voter-identification laws on minority voting, outweighed by the desire to re-elect the first black president.


Overall, the findings represent a tipping point for blacks, who for much of America's history were disenfranchised and then effectively barred from voting until passage of the Voting Rights Act in 1965.

But the numbers also offer a cautionary note to both Democrats and Republicans after Obama won in November with a historically low percentage of white supporters. While Latinos are now the biggest driver of U.S. population growth, they still trail whites and blacks in turnout and electoral share, because many of the Hispanics in the country are children or non-citizens.

Yep - and they say voter turnout here in RI was below 2008 levels which I call foul on.

For the first time EVER I had to wait in line to vote. Maybe it's that ridiculous Voter ID thing. But there were a lot more people voting.

And as to the proportions, I made the prediction when they first started proposing Mitt Romney. I said his Mormon faith would NOT sit well with Fundamentalist Christiains and that since they hated Obama and didn't trust the Mormon then they'd just sit the election out. And they did.